If this wasn’t so dangerous and sad – it would be funny. Do you realize that most people being injected with the Covid Jab test positive after the shot? YES – they test positive when they never tested positive before; and they are transmitting the so-called virus.

They are told to continue mask-wearing and social-distancing.

So I ask you: WHY GET THE JAB??? Am I missing something here?

Department of Defense medical researchers have developed a microchip that can detect COVID-19 after being inserted under an individual’s skin.

The Defense Advanced Research Projects Agency (DARPA) — a top-secret Pentagon unit established during the Cold War — created the revolutionary technology, and revealed it during a “60 Minutes” episode on Sunday.

“Among some of the current projects that the Defense Advanced Research Projects Agency is developing: a health-monitoring subdermal implant,” the program described the technology in a tweet. “It’s not a government tracking microchip, but rather a tissue-like gel engineered to continuously test your blood.

The microchip is designed to constantly check an individual’s blood for the virus and once COVID-19 is detected, the patient would be alerted and advised to conduct a blood test to confirm the presence of the virus.

“We can have that information in three to five minutes,” infectious disease physician and retired Army Col. Dr. Matt Hepburn told CBS correspondent Bill Whitaker. “As you truncate that time, as you diagnose and treat, what you do is you stop the infection in its tracks.”

Additionally, a dialysis machine could remove COVID-19 from the blood through a customized filter facilitated by the technology.

Hepburn likened the microchip to a vehicle “check engine” light.

“It’s a sensor,” Hepburn told Whitaker. “That tiny green thing in there, you put it underneath your skin and what that tells you is that there are chemical reactions going on inside the body and that signal means you are going to have symptoms tomorrow.”

The chip would not “track your every move” and is not being inserted through vaccinations.

According to Hepburn, the microchip is not frequently used outside of the Defense Department, but it could identify COVID-19 early on to help prevent an outbreak.

“We challenge the research community to come up with solutions that may sound like science fiction,” said Hepburn, adding that he hopes to “take pandemics off the table.”

Scientists at DARPA believe their projects are critical to preventing future outbreaks in military quarters, like the spread that occurred on USS Theodore Roosevelt in Spring last year, leading to 1,271 crew members contracting the virus.

“For us, at DARPA, if the experts are laughing at you and saying it’s impossible, you’re in the right space,” Hepburn said.

The report comes as almost 40 percent of U.S. Marines have declined to take the COVID-19 vaccine, according to the Pentagon.

“We fully understand that widespread acceptance of the COVID-19 vaccine provides us with the best means to defeat this pandemic. The key to addressing this pandemic is building vaccine confidence,” said Communication Strategy and Operations Officer Captain Andrew Woods.

So now people have computer operating systems in their bodies from the mRNA jab, AND they will be receiving an under the skin “chip” which will show the Biden Gestapo who has Covid.

And I have another meaning for the much wanted “Vaccine Confidence” and it is called BLIND OBEDIENCE!

Those believers with discernment certainly know that this chip will be used during the Great Tribulation: the last 3 1/2 years of that horrific time on earth, for Antichrist to administer his 666 on his adoring followers.

Make no mistake brethren – that Mark of the beast is a one way ticket to HELL.

Brethren, I know how frustrating it is to try to explain to most people how dangerous the mRNA jabs are, and also the other jabs which are causing blood clots. These people are duped by the Leftist media, and no matter what “Facts” you present to them, if it does not match the narrative – they reject it.

The reader may remember that I wrote several articles on the dangerous GOFR (Gain of Function Research). This is still going on in the Wuhan Lab! Taxpayer money is being sent to the Lab until 2024. Here are two of the articles I wrote about GOFR:

THE PLOT THICKENS: China’s Massive Infiltration of U.S. Virus Research Laboratories Since 1990’s With the Help of ANTHONY FAUCI

People do not want to acknowledge Dr. Anthony Fauci’s possible role in contributing to the outbreak of COVID-19, according to a Washington Post columnist.

Fauci is director of the National Institutes of Health’s National Institute of Allergy and Infectious Diseases. The NIH has funded “gain of function” research, which aims to predict future pandemics and create vaccines by creating novel strains of viruses. But those strains can be highly transmissible and deadly.

“The head of the entire field really is Anthony Fauci — he’s the godfather of gain-of-function research as we know it” said Rogin, adding that what he said was “too hot for TV.”

Rogin cautioned that he was not saying Fauci did anything illegal, but that the public should be more aware of this type of research. (RELATED: Are The Benefits Of Dangerous Gain-Of-Function Research Really Worth The Risks?)

“There’s plenty of evidence to support the still unproven theory that COVID-19 originated from an accidental leak from one of the labs in Wuhan that was doing gain of function research,” Rogin told Kelly. (RELATED: Here’s Why To Not Dismiss the Lab Leak Theory)

The Wuhan Institute of Virology lab gathers bats for gain-of-function research on coronaviruses, supported with millions of dollars in U.S. taxpayer funds, Rogin said. The lab is 10 miles from where COVID-19 is thought to have broken out and the lab had “very little to no oversight,” according to Rogin.

“If you were an alien and dropped down on earth” and looked at the evidence, the simplest explanation for the virus’s origin is a lab leak, he said.

Scientists fear to speak out against gain-of-function research because they receive funding from the NIH, according to Rogin. “So we can’t say anything like ‘gain of function might be dangerous or [COVID-19] may have come from a lab’ because we are going to loose our careers, we are going to lose our funding,” Rogin said many scientists have told him. Scientists whose whole life work was invested in gain-of-function research would have their careers and legacies “ruined forever.”

“More and more” scientists are feeling free to say it is worth considering if COVID-19 leaked from a lab after the former director of the Centers for Disease Control said he considers a lab leak the most likely source of COVID-19, Rogin said. (RELATED: Former Director Of CDC Is Just The Latest Of Several Top Officials Supporting Lab Leak Theory)

U.S. dependence on China’s supply chain has allowed China to threaten retaliation if the U.S. is critical of China’s role in COVID-19’s outbreak, Rogin wrote in his book, “Chaos Under Heaven: Trump, Xi, and the Battle for the Twenty-First Century.” 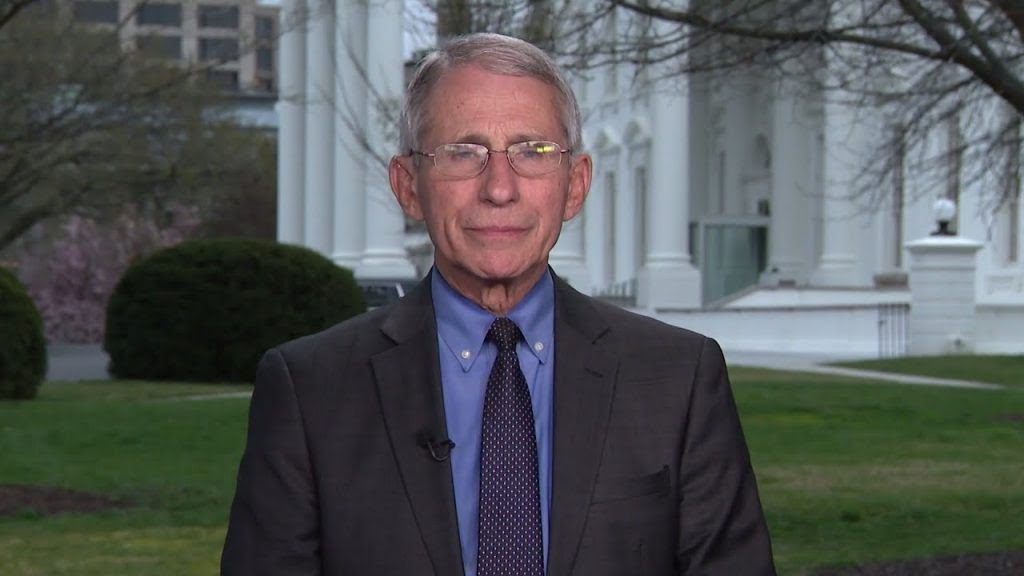 The media coverage of the lab leak theory has been dismissive and biased because the press believed scientists more than the Trump administration, Rogin said. But Donald Trump is no longer president and “a lot more evidence is now pointing to the lab” a year since the pandemic started, so journalists who said a lab leak was a conspiracy theory should consider if they were mistaken, Rogin said.

Content created by The Daily Caller News Foundation is available without charge to any eligible news publisher that can provide a large audience. For licensing opportunities of our original content, please contact licensing@dailycallernewsfoundation.org. Source

Brethren, the truth about Fauci is finally coming out and that is good. But do not think for one second that Satan will not rage against this. Many people (including myself) will be in danger. The globalists do NOT want this scheme by Fauci and Gates to be laid bare for all the world to see!

Pray brethren – pray like you have never prayed before!