In March of 2015, my husband was diagnosed with stage 4 cancer of the larynx. The doctors at Johns Hopkins were ready to tear him up with radical neck surgery. He would have lost all of his teeth. And after surgery, he would have faced over 6 months of chemo and radiation. Christians told us about the Ketogenic diet. His cancer was gone in 4 weeks and he remains cancer free to this day. 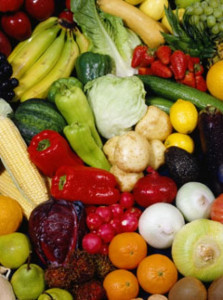 Almost six months ago, my husband noticed that his lymph nodes on his neck were enlarged. The right one was extremely large. We made an appointment with our GP. He examined my husband and wrote up a referral to an Ear Nose and Throat specialist.

The ENT scoped my husband. Scoping is placing a tube through the patient’s nose into the throat to look for anything suspicious. The doctor told us that he saw something which looked odd. He said that a biopsy would need to be done on my husband’s voice box.

We then went to an ENT who specialized in throat cancers at John Hopkins Hospital. He also scoped my husband and showed us on a large screen a spot which he said looked like cancer. He also said that it looked like stage 4 cancer because it had spread to the lymph nodes. He set my husband…

I thank God for Nikki Haley.  She has “moxie” and she is always looking out for the best interests of America and Israel.  What a far cry from the 8 years of  destructive policies from one Hussein Obama.

Kim Jung Un is a mad man. I don’t know if this man is mentally sick; filled with demons, or what makes him tick. I do know that he is threatening the U.S. mainland and is putting untold number of people in harm’s way.

Haley is proposing extreme sanctions against this rogue nation.  She knows, and I’m sure that she is being counseled by our military, that a war with N. Korea is certain to bring about WWIII.  But China and Russia have their own proposal: A freeze on North Korea’s nuclear and missile programs in exchange for a suspension of annual U.S. – South Korea’s military drills.

South Korea has every right to defend their country.  Kim Jung Un has clearly shown the world that he cannot be trusted.  I shook my head in disbelief that China and Russia would even suggest such a ludacrous proposal.  Putin may be deceiving many people in this world – but he does NOT deceive me. As I’ve said before, you can take the man out of KGB, but you cannot take the KGB out of the man.

Biblically, we know that Russia will lead the war of Gog and Magog. They are tight with Iran.  Need I say more?

The United States will present a new UN sanctions resolution to punish North Korea for its sixth nuclear test and aims to put it to a vote in a week, US Ambassador Nikki Haley said Monday.

“The United States will be circulating a resolution that we want to negotiate this week and vote on Monday,” Haley told an emergency meeting of the Security Council, after urging the body to impose the “strongest possible measures” against North Korea.

“Only the strongest sanctions will enable us to resolve this problem through diplomacy,” US Ambassador Nikki Haley told the session.

Haley rejected as “insulting” a Chinese proposal for a freeze on North Korea’s nuclear and missile programs in exchange for a suspension of US-South Korean annual military drills.

“When a rogue regime has a nuclear weapon and an ICBM pointed at you, you do not take steps to lower your guard. No one would do that. We certainly won’t,” she declared.

China insisted at the session that diplomatic talks must ensure to address the crisis and warned at the UN Security Council that it will not allow chaos and war on the Korean peninsula.

“The situation on the peninsula is deteriorating constantly as we speak, falling into a vicious circle,” said Chinese Ambassador Liu Jieyi.

“The peninsula issue must be resolved peacefully. China will never allow chaos and war on the peninsula.”

His appeal was echoed by Russia, which said that diplomatic negotiations were the only way to settle the crisis over North Korea’s nuclear and missile programs.

Russian Ambassador Vassily Nebenzia said there was “an urgent need to maintain a cool head and refrain from any action that could further escalate tensions.”

Russia backs China’s proposal for a freeze on North Korea’s nuclear and missile tests in exchange for a suspension of US-South Korea military drills.

The United States, Britain, France, Japan and South Korea requested the urgent meeting after North Korea detonated what it described as a hydrogen bomb designed for a long-range missile.

South Korea’s defense ministry warned Monday that Pyongyang may be preparing another missile launch after two tests in July of intercontinental ballistic missiles (ICBMs) that apparently brought the US mainland into range.

Haley declared that the “time for half measures is over,” suggesting the council must significantly ratchet up the pressure with biting sanctions to be decided in a new resolution.

The US ambassador did not spell out what measures Washington would support, but diplomats have indicated that an oil embargo would have a crippling effect on the North Korean economy.

Japan, France and Britain called for the swift adoption of a new sanctions resolution, but the call was expected to face opposition from Russia and China which maintain that sanctions alone will not resolve the crisis.

The council has imposed seven sets of sanctions on North Korea since it first tested a nuclear device in 2006, but Pyongyang has repeatedly found ways to circumvent the measures.

The most recent resolutions, however, have significantly toughened the sanctions, targeting key exports sectors such as coal that are a source of hard currency for North Korean leader Kim Jong-Un’s regime. – source

Only our Lord knows how this conflict will end.  We must pray daily for Israel and for America; but we also much pray for the countries which Kim Jung Un may target.  Pray for God’s will – the is always the best and safest prayer. When we are weakened by the evil of this world, we should read God’s word and pray for His will.

Pray for the unsaved, that God would draw them and open their eyes. Pray that they would see their sinfulness, and God’s Righteousness.

I YEARN  for His return for us.  I pray that we are Raptured soon.  I look for Him every day because the Rapture is imminent.

He wants His own to yearn for Him. Do not hold on to the things of this world.

DO NOT LOOK BACK.

This story makes my heart leap inside my chest whenever I tell it. Being Jewish, it was miraculous enough that the Lord opened my eyes to Jesus, and helped me see Him with my heart. But what transpired a couple of weeks later was truly a gift from Him.

After the glorious night of my salvation all I wanted to do was read my Bible. I honestly forgot to eat meals sometimes because I was so absorbed in His Word. I wanted to please Him in every way. Almost instantly I knew that He wanted me to stop doing certain things. I had an aversion to off-color TV shows and movies. Soap operas were gone forever, and I had been addicted to them for years.

I saw the world differently. It was like He gave me new vision, like I was seeing people through His eyes. I wanted to stop every person I saw and ask them, “Do you know Jesus?” I was even able to discern people who loved Him. It was a certain look in their eyes. When I would finally ask if they knew Him, the answer was almost always, “Yes” and if not, it gave me an open door to tell them about Yeshua and His love for them.

My Jewish parents and siblings were not so thrilled. Well, perhaps that’s an understatement. They thought I was completely meshugana (crazy in Yiddish). But I quietly treasured in my heart that I knew the truth, and I prayed that my family would one day know it as well.

A week before my water baptism, I spoke to a lady at a Messianic congregation in Maryland – Beth Messiah. I was very excited to know other Jews who knew the truth about Messiah Yeshua. She was as excited as I was. She asked me if I had looked at Isaiah 53. I had not, but I told her that I would look after our conversation. She told me that she would mail to me literature about Beth Messiah.

Isaiah 53. OY! How did I miss that for so many years? It was an accurate description of Yeshua being led to Calvary to be slaughtered for the sins of the world. I read it over and over. I could not believe that such a picture of the Crucifixion was in my Old Testament that entire time.

I wanted to obey Him in all things. My friend told me about baptism, and how He wanted us all to be baptized after we were born-again. I told her that I wanted to be baptized—the sooner the better. Then the day of my baptism came.

As I came up from the water, I uttered some words which I did not understand. I felt that God wanted me to remember these words so I kept repeating them quietly to myself. The next day I received an envelope from Beth Messiah. There was a cover page which told about the congregation. I saw the first words which I had said “H’brit Chadashah” on this page.

My heart was beating so fast. Beside the words was the translation: “The New Testament.” I realized that I had spoken Hebrew! I was not Bat Mitzvah’d -only confirmed in my synagogue, so I did not learn Hebrew.”Then I saw the next word I had said “Yeshua” which means Jesus.

But the last word I had said was not there. It was “mannah” and I had to know what it meant. I called the home of my rabbi. His wife answered. I told her who I was and that I found a word and thought it was Hebrew. I told her it was “mannah.” She said, “Of course that is Hebrew. It is manna, the bread from heaven.”

Well, I almost passed out. I had said in Hebrew: “The New Testament of Jesus is the bread from heaven!” What a glorious gift to receive from Him; a confirmation that what I believed was TRUE, and given to me in Hebrew.

I told a Baptist minister this story. He told me that in 38 years of hearing “tongues” stories, mine was the first one he believed. He said that it was done in accordance with Scripture. He told me that he would never forget it.

All things are to glorify God and edify the Body of Christ!