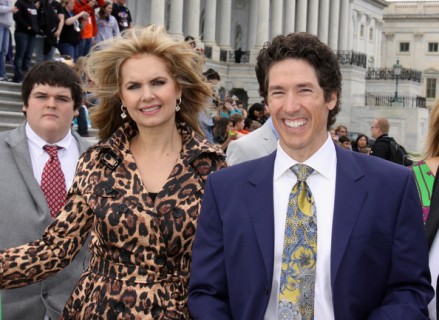 Through the years I have written about false teachers and the “itching ear” crowd. Well, this past week in the midst of the devastation of Texas and its people by Hurricane Harvey, one of these so-called teachers showed the world his true colors.

He will answer for this.

Joel Osteen has never been a true pastor of the Gospel. He is a motivational speaker and the people who happily sit under his “Your best life now” speeches are deceived. But they really only have themselves to blame.

“For the time will come when they will not endure sound doctrine, but according to their own desires, because they have itching ears, they will heap up for themselves teachers; and they will turn their ears away from the truth, and be turned aside to fables”  (2 Timothy 4: 3-4).

If you are among those in Osteen’s congregation, and you are angry at this article; you should take this to heart.  You should know that if you have never repented of your sin, and trusted the Lord Jesus Christ for the forgiveness of your sin – you are NOT born again. You will NOT go to heaven when you die.

To see how you can be born again, click this link:

Joel Osteen and his beautiful wife live in a $10.5 million dollar home.  Here is a picture of it: 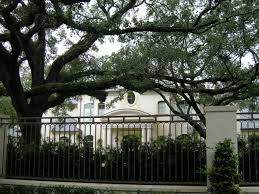 They live like royalty. NO ONE should get rich from sharing Christ.  But even though Osteen’s congregation believes that he is sharing the Gospel; he is a business man who saw the opportunity to make millions of dollars from his “congregation.”

Sharing in the Sufferings of Christ

When we come into the family of God through His Son, Jesus, we should expect to suffer for His namesake.  This is not our home. We are hated by those who do not believe in God.  I believe a time is coming when we will be imprisoned for our belief in Jesus as Lord and Savior.

Osteen Gets Rich off his Congregation

While people on fixed incomes give much of their money to the Osteens, Joel and Victoria live a life similar to a King and a Queen.  Is this the Gospel of Jesus Christ? That’s a rhetorical question.

By shutting down his “church” building, and not allowing victims of the monstrous storm to have shelter, food and water in his building; the Lord used this to show people what Joel Osteen is really about.

“When the Son of Man comes in His glory, and all the holy  angels with Him, then He will sit on the throne of His glory.  All the nations will be gathered before Him, and He will separate them one from another, as a shepherd divides his sheep from the goats.  And He will set the sheep on His right hand, but the goats on the left.  Then the King will say to those on His right hand, ‘Come, you blessed of My Father, inherit the kingdom prepared for you from the foundation of the world: for I was hungry and you gave Me food; I was thirsty and you gave Me drink; I was a stranger and you took Me in;  I was naked and you clothed Me; I was sick and you visited Me; I was in prison and you came to Me.’

“Then they also will answer Him, saying, ‘Lord, when did we see You hungry or thirsty or a stranger or naked or sick or in prison, and did not minister to You? Then He will answer them, saying, ‘Assuredly, I say to you, inasmuch as you did not do it to one of the least of these, you did not do it to Me. And these will go away into everlasting punishment, but the righteous into eternal life”  (Matthew 25: 31-46).

For those who need proof that Osteen refused to open his doors:

Televangelist Joel Osteen canceled services at his Houston megachurch Sunday and has yet to reopen its doors — despite the fact that thousands of flooded-out residents are desperately seeking shelter.

The perpetually smiling pastor told followers on Twitter on Monday to lean on their faith.

“Jesus promises us peace that passes understanding,” he wrote. “That’s peace when it doesn’t make sense.”

But Osteen’s comforting words didn’t sit well with critics, who want to know why the doors to his 16,800-seat arena at his Lakewood Church near downtown Houston are closed.

“You have taken so much money away from your people to live like a king,” entertainment publicist Danny Deraney blasted. “It’s the least you could do.”

Washington, DC-based writer Charles Clymer tweeted pictures of Lakewood Church, which did not appear to be damaged by floods.

“It doesn’t make sense why you’re not opening up your mega church to house Houston citizens, help me understand that. Jesus,” according to Florida-based writer Emily Timbol.

While the church and its arena have not suffered any flood damage yet, ministry spokesman Donald Iloff said their property is inaccessible because of surrounding waters.

And it makes no sense to open church doors when the city and county are already treating thousands of flood victims at the nearby George R. Brown Convention Center, according to Iloff.

“It has everything inside there — medicine, doctors, places to sleep,” Iloff said of the convention center. “It’s amazing what they’re doing there to make people comfortable.” – source

Do not believe the story coming out of CNN, defending Osteen.  Birds of a feather do flock together.

I’ve heard it said “The truth will find you out.”

The truth has exposed Joel Osteen, and it’s about time.