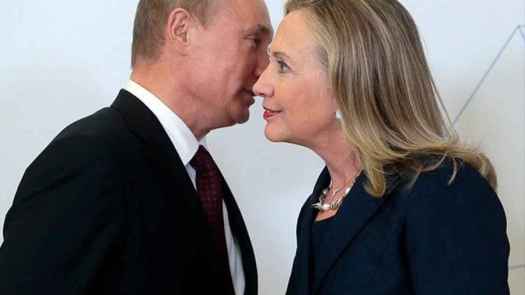 A strange thing happens with just one of my articles on Word Press.  For no apparent reason, this particular article, which was written in 2017, comes alive again with hundreds of readers.

This has happened numerous times. The article has now been shared over 10,000 times on Facebook.

I have pondered as to why this article, which is about Karl Marx and Saul Alinsky, suddenly begins to be read and shared as if I’d just written it!

But then something dawned on me. Since the day after President Trump astonished the world by beating Hillary Clinton in 2016; the Leftists have been using the Marx/Alinsky tactics. Surely you’ve seen the headlines day after day, accusing our President of collusion with Russia, and insisting that Putin helped President Trump during the election.

And now we are suffering through an absurd “Impeachment” process of President Trump. The accusations about colluding with Russia fizzled out, so plan B brought Ukraine into the picture.

The actual guilty parties in Ukraine are Biden and his son – but in the style of Saul Alinsky, the guilty turn and accuse the innocent of exactly what THEY have done.

You simply cannot make this stuff up!

The Articles of Impeachment will be DOA in the Senate, so Nancy Pelosi is holding onto the documents; refusing to send them to the Senate.  I’m convinced that many Leftists are demon possessed – perhaps all of them.

Watch AOC as she sums up “why” the impeachment of Donald Trump has to happen:

“Ocasio-Cortez says that Democrats’ push for impeaching Trump is about uniting the different factions of the Democrat Party, adding: “this is about preventing a potentially disastrous outcome from occurring next year.”

Oh, so AOC is stating that our founders included “Impeachment” in the Constitution to be used as a weapon against our opponent?  I can just picture Democrats cringing as they watched AOC blurting out words which were not intended to be said on the news.

Starting at mark 1:59 you will hear the REAL reason for the ridiculous Impeachment proceedings:

And after hearing AOC’s reasons for the impeachment of Trump; the next video will expose WHEN this plot actually began. It had NOTHING to do with any wrong doing on the part of President Trump!  Watch Hannity as he speaks about the hack whistle blower’s lawyer who plotted the destruction of Donald Trump not ten days into his presidency. The video from Hannity is from Nov 2019:

Ocasio-Cortez: Impeaching Trump ‘is about preventing a potentially disastrous outcome’ in 2020

Democratic Rep. Alexandria Ocasio-Cortez admitted that the Democrats’ efforts to investigate President Trump are, in part, meant to prevent him from winning reelection in November 2020.

The freshman New York congresswoman made the admission in an interview on CNN Wednesday evening, hours after the House had its first public hearing in the impeachment investigation into Trump’s foreign policy decisions regarding Ukraine.

“I think many of those considerations will be taken up by the Judiciary Committee when all of this evidence is brought forth,” Ocasio-Cortez stated. “We’ll see. I personally do believe that the president has engaged in flagrant violations of the emoluments clause. I’m concerned that we would allow this corruption to continue. But at the end of the day, we have to be able to come together as a caucus, and if it is this Ukrainian allegation that is what brings the caucus together, then I think we have to run with however we unify the House.”

Ocasio-Cortez has called for the president’s impeachment since before her inauguration.    ***(God forbid it that this woman is ever “inaugurated!”)

“While I believe personally that we should be pursuing and investigating quite flagrant abuses of the emoluments clause, even reporting as recently as the suspicious stops at Trump properties even in congressional delegations or rather in foreign trips, I think all of this is game for investigation,” she added.

“We also need to move quite quickly because we’re talking about the potential compromise of the 2020 elections. This is not just about something that has occurred, this is about preventing a potentially disastrous outcome from occurring next year,” she concluded. source

Does this sound familiar to you?   It should.

The Liberal Left uses this tactic frequently. All of the rhetoric about President Trump having ties to Russia; and even the accusation that Russia interfered with the 2016 election, is STRAIGHT out of the Communist Manifesto and Alinsky’s “Rules for Radicals.” And the journalistic arm of the Democratic Party – the Liberal press – insure that the lies are propagated and that the FAKE NEWS is BELIEVED by the useful idiots.

It is now clear that the Clintons had a nefarious relationship with Putin from Russia.  Hillary has been caught, having made deals with Putin which put 20% of America’s Uranium into the hands of the Russians. Of course, Putin sweetened the pot by pouring money into the Clinton Foundation. Many are getting their hopes up that this time Hillary will be prosecuted and found guilty.

I’ll believe it when I see her and her husband handcuffed and being led away to prison by law enforcement. But I digress….

Do you see clearly how the Democrats turned and accused President Trump of crimes against our nation, that they were committing themselves?

But these stories against our president have no legs – not EVER.  Does that matter to the Left?

“Thanks to Hillary, I now own America’s Uranium Future!”

Hillary Clinton’s campaign releases rebuttal to stories about her corruption and greed: “There isn’t a shred of evidence” they will assert.

A $140 million mountain that landed at the Clinton Foundation, courtesy of Vladimir Putin, who may have also sent along a bouquet of roses with the money transfers.

Team Hill shouts: “It’s a RIGHT WING CONSPIRACY, you hear! It is financed by the Koch Brothers!”

Questions keep arising daily about the largest deposit-only ATM machine in the world: The Clinton Foundation.

Just as the Clinton Foundation is refiling its taxes for the last five years, possibly ten, after having been exposed, we hear that Hillary Clinton expects to raise an unheard record $2.5 billion for her presidential run. With new scandals hitting the headlines daily, the left is circling the wagons around Hillary in their best attempt to not report this story. What you’ll read next is about the woman the progressive left presents to the American people as its viable presidential candidate, the person who represents the political left’s values and principles.

Sources reveal allegations about the Clintons self-enriching through the sale of political influence at the expense of America’s national security. These recall earlier stories now confirmed: the Clintons selling of missile secrets to the Chinese. Behind these curtain calls emerging chapters raise the curtains again to reveal how the largest North American uranium refiners’ executives brazenly funneled money to the Clintons and their cohorts (calling it “charity” and taking tax deductions for it) while enriching a potential enemy of the United States with billions. – source

Now, the reader needs to understand that the article above was written in 2015. Isn’t it interesting that after President Trump was elected, the Leftist MSM has done nothing but accuse our president of colluding with Putin and Russia? They are clearly implementing Marx’s tactic in dealing with one’s opponent: Turn and accuse your opponent of EXACTLY what you are doing to cause confusion.

And we know who is the author of confusion, do we not?

Brethren, we all want justice to be served. But in the end, those who seek to harm their own country, and have not sought forgiveness and redemption from the Lord for their many sins – they will receive eternal damnation.

This is between them and God. I would like to believe that some of these enemies of God are not beyond redemption.  But the Word says:

“And even as they did not like to retain God in their knowledge, God gave them over to a reprobate mind, to do those things which are not convenient;  Being filled with all unrighteousness, fornication, wickedness, covetousness, maliciousness; full of envy, murder, debate, deceit, malignity; whisperers, Backbiters, haters of God, despiteful, proud, boasters, inventors of evil things, disobedient to parents, Without understanding, covenant breakers, without natural affection, implacable, unmerciful: Who knowing the judgment of God, that they which commit such things are worthy of death, not only do the same, but have pleasure in them that do them” (Romans 1:28-32). KJV

Still, we must pray.  Pray for God’s Will to be done.