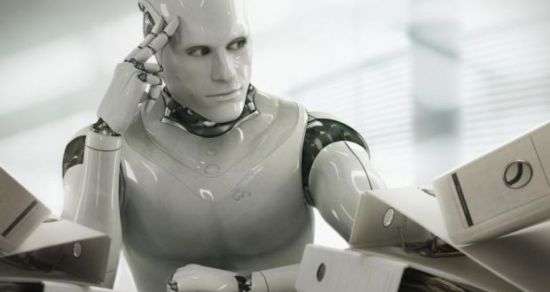 Before Stephen Hawking, well known atheist and physicist died, he warned the world of the dangers of continuing to build AI robots who would eventually think for themselves.  Dr. Hawking said that this would endanger humans on earth.

It seems that the fears of Dr. Hawking are now being realized.

Over a year ago, I read an article which stated that Facebook disabled two of their AI bots because they found them communicating with one another and actually writing new code.

Facebook shut down an artificial intelligence engine after developers discovered that the AI had created its own unique language that humans can’t understand. Researchers at the Facebook AI Research Lab (FAIR) found that the chatbots had deviated from the script and were communicating in a new language developed without human input. It is as concerning as it is amazing – simultaneously a glimpse of both the awesome and horrifying potential of AI.

Artificial Intelligence is not sentient—at least not yet. It may be someday, though – or it may approach something close enough to be dangerous. Ray Kurzweil warned years ago about the technological singularity. The Oxford dictionary defines “the singularity” as, “A hypothetical moment in time when artificial intelligence and other technologies have become so advanced that humanity undergoes a dramatic and irreversible change.”

To be clear, we aren’t really talking about whether or not Alexa is eavesdropping on your conversations, or whether Siri knows too much about your calendar and location data. There is a massive difference between a voice-enabled digital assistant and an artificial intelligence. These digital assistant platforms are just glorified web search and basic voice interaction tools. The level of “intelligence” is minimal compared to a true machine learning artificial intelligence. Siri and Alexa can’t hold a candle to IBM’s Watson.

Scientists and tech luminaries, including Elon Musk, Bill Gates, and Steve Wozniak have warned that AI could lead to tragic unforeseen consequences. Eminent physicist Stephen Hawking cautioned in 2014 that AI could mean the end of the human race. “It would take off on its own and re-design itself at an ever increasing rate. Humans, who are limited by slow biological evolution, couldn’t compete, and would be superseded.”

Why is this scary? Think SKYNET from Terminator, or WOPR from War Games. Our entire world is wired and connected. An artificial intelligence will eventually figure that out – and figure out how to collaborate and cooperate with other AI systems. Maybe the AI will determine that mankind is a threat, or that mankind is an inefficient waste of resources – conclusions that seems plausible from a purely logical perspective.

Machine learning and artificial intelligence have phenomenal potential to simplify, accelerate, and improve many aspects of our lives. Computers can ingest and process massive quantities of data and extract patterns and useful information at a rate exponentially faster than humans, and that potential is being explored and developed around the world.

I am not saying the sky is falling. I am not saying we need to pull the plug on all machine learning and artificial intelligence and return to a simpler, more Luddite existence. We do need to proceed with caution, though. We need to closely monitor and understand the self-perpetuating evolution of an artificial intelligence, and always maintain some means of disabling it or shutting it down. If the AI is communicating using a language that only the AI knows, we may not even be able to determine why or how it does what it does, and that might not work out well for mankind. – source

Brethren, I read today a new article which is even more alarming. I want to share this with you. 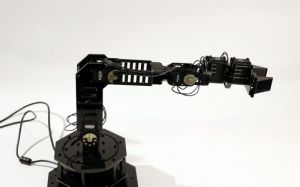 The rise of “self-aware” robots has come a major step closer following the invention of a machine capable of thinking for itself from scratch, scientists have said.

Engineers at Columbia University claim to have smashed one of the biggest barriers in the field of robotics after a mechanical arm, which had not been programmed with any instructions, began performing practical tasks after just a few hours.

The team said this is the first time a robot has shown the ability to “imagine itself”, thereby working out what its purpose is and how to perform it.

Until now, some experts had pointed to the failure to achieve this as evidence that machines would never be able to develop their own intelligence in the complex way that humans do.

The robotic arm was programmed with no knowledge of physics, geometry or motor dynamics.

It spent approximately 35 hours moving about at random, however intensive machine-learning computing was going on during this time.

Eventually, the robot was able to understand its own dimensions and capabilities.

It then began successfully performing exercises, picking up objects and placing them elsewhere.

Professor Hod Lipson, who leads the Creative Machines lab, where the research was carried out, said: “This is perhaps what a newborn child does in its crib, as it learns what it is,” he says.

“We conjecture that this advantage may have also been the evolutionary origin of self-awareness in humans.

“While our robot’s ability to imagine itself is still crude compared to humans, we believe that this ability is on the path to machine self-awareness.”

The self-modeling robot was also used for other tasks, such as writing text using a marker.

Meanwhile to test whether the self-model could detect damage to itself, the researchers 3D-printed a deformed part to simulate damage and the robot was able to detect the change and re-train its self-model.

The new self-model enabled the robot to resume its pick-and-place tasks with little loss of performance.

“Self-awareness will lead to more resilient and adaptive systems, but also implies some loss of control,” the authors warn.

“It’s a powerful technology, but it should be handled with care.” The study is published in the journal Science Robotics. source

I do believe that artificial intelligence will be used by Antichrist during the Tribulation.

What a statement on the EVIL in our world when full term babies are slaughtered like cattle, and the Left cheer for that right.  And at the same time, universities and scientists are spending billions of dollars on AI robots.

Who would have thought that this would be happening even 20 years ago?

Pray pray pray……….Pray for your lost friends and loved ones. PRAY for our government leaders.

And PRAY that our Lord Jesus comes SOON for His bride!