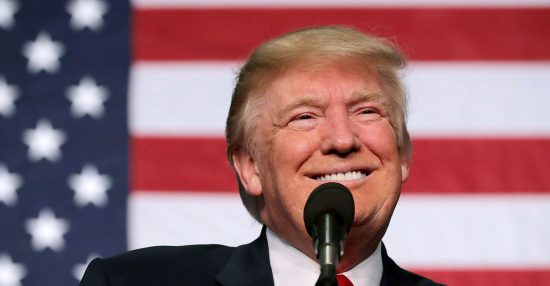 Let’s go back to a date in our history, which to Leftist Americans and media, is a day that will go down in Infamy. (taken from a quote by FDR after the bombing of Pearl Harbor.)

Of which date do I speak?  Of course, it was November 8th of 2016 aka “The Day the Music Died” to Socialists and Communists across America.

I can picture old George Soros, of whom I have written numerous articles through the years, hurling an expensive paper weight through a window while spewing Hungarian expletives for hours and hours.

We also read that Hillary Clinton had a nuclear meltdown; cussing anyone and everyone out who was associated with her campaign. I can actually picture this: Hillary with glowing red demonic eyes, screaming in decibels previously unknown to man; as her peons scattered like cockroaches to avoid the wrath of the queen.

All those plans; all those ‘Dreams of Someone’s Father’, all gone up in smoke. “How did this happen?” was asked over and over at CNN (Communist News Network) and amongst the Elite who had this planned so well………they thought. 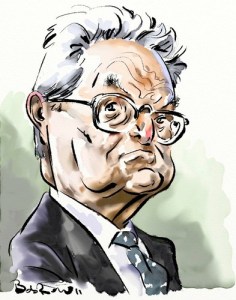 
But God Had Other Plans

“There are many devices in a man’s heart; nevertheless the counsel of the Lord, that shall stand.” (Proverbs 19:21).

As Christians, it should be obvious to us that the so-called “Trump Derangement Syndrome” is satanic to its core.  The hatred of Trump by liberal Leftists is beyond anything I have ever witnessed in my entire life.

This hatred from the hearts of Leftist atheists, is born from the prince of the air – the god of this world; the one who will ultimately be thrown into the lake of fire, along with his fallen angels.

You see, the devil’s desires for this world are aligned with the Left.  Let me show you:

Satan is a Leftist

Does that sound silly?  It wasn’t meant to be.  Satan is longing for the NWO to be in place. This will set the stage for Satan’s man (Antichrist) to deceive the nations of the world, and take his place as its ruler.

I believe that there is more demonic possession of people in our world today, than any other time in history.  How many times have you read “This world has gone mad!”   I’ve seen this in print countless number of times. And it’s usually from Conservatives who are not Christian.

As believers, we have the Word of God and we know that all of this was prophesied.

Yes – the world HAS gone mad! Remember the demoniac in Scripture before Jesus cast out those devils named “Legion?”  To me that is a snapshot of those marching for their causes, be it global warming or transgenderism or even their collective hatred of our president.  It’s DEMONIC.

I have asked more than one person in my liberal Jewish family WHY they hate President Trump so much. I told them that I really wanted to understand this kind of hatred.  And do you know what?  After hemming and hawing, they finally just used the buzz words – he’s a bigot – he’s gross – he’s against gays -he hates Jews…. yada yada yada.

After these ridiculous claims against Trump, I tell these relatives that they have not given me ONE specific event that supports any of the hatred.

A bigot?  Because he wants to keep America safe from unvetted illegal aliens who have criminal records?  He’s gross? Because he has said a few things about women? I could spend an hour on this one, talking about Bill Clinton, but I don’t want to become nauseated.

He’s against gays?  Actually, I have been disappointed at times of his fervent support of gays.  I felt that he went way above and beyond what he needed to say.

He hates Jews? REALLY? His own daughter converted to Judaism, and Trump has been so wonderful to Israel, more than any president in history. SO wonderful, Israel has his face on a coin and has named a town after him.

So, while the talking heads stay within the political realm when attempting to explain Trump Derangement Syndrome, this writer knows the truth. And that truth is that Satan HATES President Trump and knows that God put Trump in his position as President for His own reasons.

Trump is God’s man for this point in history.

Before someone jumps me about whether Trump is a Christian or not – I personally do not feel that he is born again.  But that does not negate everything he has done since that night in 2016, when our Lord placed Trump as President of the United States.

What will happen in 2020?  Whoever wins, I do know this:  The Lord God allowed it to happen.  And we who belong to the Lord will continue sharing the Gospel and yearning for the return of our Lord Jesus to rapture us away from this horrible place.