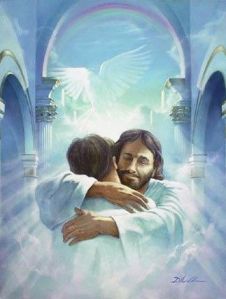 For many years I read the Scriptures about Jesus claiming that He never knew a person with some confusion. As a baby Christian, I often feared when I read this; thinking that perhaps He would not “know” me.  Now I realize that was the evil one speaking lies to me.

“Not every one that saith unto me, Lord, Lord, shall enter into the kingdom of heaven; but he that doeth the will of my Father which is in heaven.  Many will say to me in that day, Lord, Lord, have we not prophesied in thy name? and in thy name have cast out devils? and in thy name done many wonderful works?  And then will I profess unto them, I never knew you: depart from me, ye that work iniquity” (Matthew 7:21-23).

“But he that doeth the will of my Father which is in heaven” is certainly the heart of this passage of Scripture.

In the last few years, we have watched the mainstream churches as they have gone down like dominos with their false teachings.  The first sign was the ordaining of women as pastors, which I believe is not upheld by the Word of God. Then it was ordaining gays as pastors, which is blatantly disregarding the Scriptures.

Many of the mainstream denominations jumped on the pro Abortion (pro death) bandwagon – claiming that a woman has a right to decide whether to have a child or to terminate the pregnancy.

The pastors of these churches even preach that God would understand that the woman did not want the child.  They call it “choice” but I call it “murder for convenience sake.”  Have you ever wondered why it is when a pregnant woman is murdered, the authorities call it a double murder?  That certainly contradicts the whole  “The unborn do not have rights” mantra, doesn’t it?

Israel is the Apple of God’s eye.  The Jews are the Chosen of God. Out of Jewish lineage came the Lord Jesus Christ.  The old and new Testaments were written by Jewish people – of course under the inspiration of the Holy Spirit.

Most of the mainstream churches have turned their backs on Israel. They preach hatred towards Israel, and are solidly on the side of the so-called Palestinians. Many in these churches support BDS (Boycott Divestment Sanctions) against Israel. They say that Israel is oppressing the Palestinians. They refuse to acknowledge that Israel is the Jewish people’s God-given homeland.

“For, lo, the days come, saith the LORD, that I will bring again the captivity of my people Israel and Judah, saith the LORD: and I will cause them to return to the land that I gave to their fathers, and they shall possess it. ¶ And these [are] the words that the LORD spake concerning Israel and concerning Judah” (Jeremiah 30: 3-4).

Strong Delusion in the end times

So God has given over those who reject Him and His Word to their sinful ways. They do what is right in their own eyes, and oppose the God of the Universe.  So the Lord says of these people:

“And even as they did not like to retain God in their knowledge, God gave them over to a reprobate mind, to do those things which are not convenient;  Being filled with all unrighteousness, fornication, wickedness, covetousness, maliciousness; full of envy, murder, debate, deceit, malignity; whisperers, Backbiters, haters of God, despiteful, proud, boasters, inventors of evil things, disobedient to parents,  Without understanding, covenantbreakers, without natural affection, implacable, unmerciful:  Who knowing the judgment of God, that they which commit such things are worthy of death, not only do the same, but have pleasure in them that do them” (Romans 1: 28-32).

Are you a person who considers yourself to be right with the Lord, and heaven-bound when you die?  Are you also a person who votes Democrat because you believe in the platform of these people:  pro abortion, gay marriage and supportive of Palestinians while hate-filled towards Israel? I am here to tell you that you are deluded and SO deceived.  God detests the aforementioned platform of the Left!

I remember in a Baptist church, hearing a group of women after Sunday school speaking so highly of Hillary Clinton. I thought that I must have heard wrong but no, I heard what they said. One even said she could not wait to vote for her.

Hillary Clinton believes that a child can be aborted (murdered) on the day of delivery. She also voted against the “Born Alive Act”which states that if a child is born alive during an attempted abortion, that the doctors and nurses should give that child care.

You need to repent of these evil beliefs. You need to agree with our Lord that these things are evil in the sight of God. And then you need to ask for forgiveness and trust the Lord Jesus Christ for the forgiveness of your sins. Then you will be “born again.”

None of us is perfect after we are born again from above. But if you can see no change in your heart since you were saved, then you need to find out if you were truly saved or did you say a prayer and have trusted those words to save you. God cannot be mocked. He knows your heart.

This is the ONLY way that you will be able to enter heaven when you die. This is what James meant when he wrote:

“But wilt thou know, O vain man, that faith without works is dead? Was not Abraham our father justified by works, when he had offered Isaac his son upon the altar?  Seest thou how faith wrought with his works, and by works was faith made perfect? And the scripture was fulfilled which saith, Abraham believed God, and it was imputed unto him for righteousness: and he was called the Friend of God. Ye see then how that by works a man is justified, and not by faith only”(James 2:20-24).

Surely, no works can get us right with God. But after we are born again, our works are evidence of our Salvation – the works should come naturally out of a grateful and repentant heart.