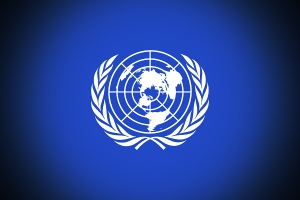 All of the pieces of Bible prophecy are falling into place.

Do you remember how many times we have seen the year 2030 spoken of by Globalists in the last five years?

In September of 2015, a special meeting of the U.N. was held. They rolled out their Sustainable Development Goals.  Among these goals was forced migration.  We can see the devastating effects this forced and well-planned out migration of Muslims, mainly to European countries has caused.

The U.N. knows that Muslims never assimilate into the society where they migrate.  They create parallel societies, all the time scheming to implement political jihad. The name of the game is to do anything and everything to nations to destabilize them. This will make it easier for “open borders” to exist.

THIS is why globalists detest Patriotism, and liken it to being “hitleresque.”  Our president is a patriot.  Victor Orban of Hungary is a patriot.  This means that they love their countries and the people.  This does not fit the narrative of the need for globalization.  These people want NO borders. They want the citizens of each country to become Good Globalist citizens.

At the U.N. SDG’s meeting, the year 2030 was brought up often.  I knew that the date had to have great significance.

The election of President Donald Trump threw a huge wrench into the U.N. plan to have their OWG by 2030.  I believe that is why we are seeing the globalists ramping up their rhetoric. We saw it in France when Macron declared that Nationalism is the opposite of Patriotism.  He may not have looked directly at our president when he said those words, but make no mistake – his words were directed at Trump.

Macron wants to build a mighty EU Army to “Protect them from America (really?), China and Russia.”  (From America ……..or from Donald Trump?)

It has been said in the U.N. that the only thing holding back World Globalism is a free and strong America. Why do you think that Soros has spent so many millions of dollars, funding the Honduran so-called “Caravan.”

Brethren – this invasion is only the start.  The globalists goal is to destabilize America any way they can.

I watched a video today which showed a large group of Hondurans who had reached our border.  They were throwing large stones at Americans. The police were hiding behind their cars.  REALLY?   From where are the police getting their orders?

Isn’t it interesting that just a few years ago, this was always called “Global Warming.”  They had to change the verbiage because too many people across the planet were were becoming wise to the deception.

Earth goes through cooling periods and warming periods.  This has been happening since scientists began to keep track of temperatures.  But it has NEVER been about temperatures.  This has always been a ruse in the U.N. to eventually control the economies of all nations.

The regulations the U.N. wishes to impose on the nations of the world, would finally bring them all under the control of the U.N.

I wrote an article a few years ago about this very thing.  I urge the reader to click below and read that article:

Climate Change Used as a Ruse To Control World’s Economies

You will notice that the video I embedded in this article was taken off of the internet. I found a replacement here:

In the 1960s, an informed but naïve undergraduate, I was walking across the campus of the University of Pennsylvania with the Chairman of the Chemistry Department, Prof. Charles C. Price.  He told me that he was president of the United World Federalists, and asked if I knew what that organization was.  When I said that I did not, he replied that they believed in a one-world government that would grow out of the United Nations.  I was nonplussed as I had never heard anyone suggest that idea before.  To me, the United Nations was a benevolent organization dedicated to pressuring the world community in the direction of peace, and to operating charitable programs to help the struggling, impoverished peoples of the world.   I imagined the UN as a kind of United Way on a worldwide scale.How would Prof. Price’s vision of a new world government emerge?  Although there was a socialistic thread in its founding document, the United Nations was formed based on a vision of human rights presented in the “Universal Declaration of Human Rights” (UDHR) which placed the concept of rights at the forefront for the progress of the world body.  And rights are the mainstay for uplifting human freedom and the dignity of the individual. The UDHR document followed many amazing documents that presented rights as the central concept of the post-feudal world:  the English Declaration (or Bill) of Rights of 1689, the U.S. Declaration of Independence with its important and forceful assertion of inalienable natural rights, the powerful U.S. Bill of Rights enacted in 1791, and the French Declaration of the Rights of Man and the Citizen (1789).

The word “rights” appears in almost every sentence of the 1869-word UN document.  The document is literally obsessed with rights, and one must assume they are likewise obsessed with the rights successes as manifested in the United Kingdom, the U.S., and France.   However, there are some deviations from the rights usage we are all familiar with.  In Article 3, Instead of the inalienable rights of “life, liberty, and the pursuit of happiness” found in our Declaration of Independence, the UN declares everyone’s right to “life, liberty and security of person.”  Are they implying that security will bring happiness?  Or are they implying that happiness is too ephemeral a value, and too Western?  Perhaps more mundane survival goals are needed by most of the world.

We see a reprise of items from our Bill of Rights such as condemnation of cruel and unusual punishment (Article 5), due process (Articles 6,7,8,9, 10, 11, 14, 17), illegal search and seizure (Article 12), and freedom of speech and assembly (Articles 19,20).  But there are new rights introduced which, as early as 1945, were pointing the way towards intervention by the UN in the daily lives of people throughout the world.   Throughout the document, they assert the right to food, clothing, medical care, social services, unemployment and disability benefits, child care,  and free education, plus the right to “full development of the personality,” (imagine, the UN says I have the right to be me) and the “right freely to participate in the cultural life of the community… and to enjoy the arts” (we each have the right to enjoy a painting or a movie). However, they do not state the right to appear on the “Tonight Show” or “Saturday Night Live”, so there were limits to their largesse.

In 2015, seventy years after their original rights-based document, the UN took a giant step towards the global government that was only hinted at in their first organizing document.  They issued a document entitled “Transforming Our World: the 2030 Agenda for Sustainable Development.”  This document has 91 numbered sections of the UN’s program for world government.  The UDHR is only referenced once in the entire document in Article 19.  Unlike the original “mother document” that was under 1900 words, this document is 14,883 words. The 91 items are addressing issues under the five headings of People, Planet, Prosperity, Peace, and Partnership.  Additionally, the document provides 17 Sustainable Development Goals (SDGs) to improve life on the planet.

What is meant by the term “sustainable?” The most often quoted definition comes from the UN World Commission on Environment and Development: “sustainable development is development that meets the needs of the present without compromising the ability of future generations to meet their own needs.”  The earlier ideas and ideals of rights, freedom, equality, and justice are subsumed under meeting of needs and an explicit environmentalism which emphasizes preventing the depletion of scarce planetary resources.  Of course, the takeoff is the Marxist axiom that society should be organized around the idea of “from each according to his ability to each according to his needs.”  Thus, Marxism is implicit in sustainability, but is nuanced by its alliance with seemingly scientific adjustments and goals related to environmentalism. A technical jargon is welded to Marxist intentionality to produce a sense of fittingness and modern progress.

The entire “Transforming Our World” document is cast in a stream of consciousness of pious platitudes for a utopian future. It is an outsize utopian dream. Five of the 17 items pertain to the environment.  There are goals for the cities, for women, for the poor, and even for life under the water.  Absolutely no sphere of human activity is exempt from control by the UN. The key word of course is no longer “rights” except the oblique reference in Article 19.  In fact, this writer did not see the word rights even once in this document even though that word appeared in practically every sentence of the original UN document.

The one-worlders of the 1950s and early 1960s are now in the UN driver’s seat, and they have made their move.  The overlay of Marxist talk about “meeting needs” has moved to center stage.  The UN has assigned itself a time frame for moving forward in its plan for planetary hegemony.

This projected transformation detailing (yet without details) a new world order of  environmental responsibility and a significant reduction of poverty and hunger never speaks to the practical dimension of vast manipulations of people by cynical leaders and ignorant bureaucrats who hold their positions through terrorism and bribery. They never discuss incompetence and corruption, twin brothers in the family of venality.  The document portrays a sincere world where all those in power want to help humanity despite the daily evidence of the selfishness, corruption, murderous intents, devilish manipulations, thefts, personal immoralities, hatreds, and utter depravity of many governmental leaders in every country in the world, and among the leaders of business as well. Is not the Agenda for Sustainable Development itself one of those devilish manipulations?

The sustainability ideal is not wedded to a Christian worldview; instead, individual liberty is submerged in a scientifically determined collectivist mindset with final decisions in the hands of the devilish, all-knowing Big Brothers.  The relevance of the individual is downplayed. It is being put forward by a UN that is no longer pro-western, a much larger body than existed in 1945.  Will you accept it, or is it time, more than ever before, to begin rethinking our membership in that unsustainable body?  source

Brethren, what we are experiencing today is an integral part of the New World Order plan to have the U.N. as the central, global government of the entire world. And then the stage is set for Antichrist to make his entrance.

But I have a feeling that a major event/catastrophe much like Covid 19, will once again envelope the world with disease; who knows, maybe we will be battling this virus for another ten years – horrible to consider, but these are times such as we have never known before.

And maybe, during the ten years between now and 2030, there may be a lull in the pandemic – just for a while. Wouldn’t that be the perfect time for our Lord Jesus to Rapture His church?  Think about it – the scientists of the world have finally destroyed Covid 19 and people are eating and drinking and marrying……..and then in the blink of an eye – we are Raptured by King Jesus!

One thing for sure, brothers and sisters in Christ – we are living in extraordinary times!!  Pray – read His Glorious Word – and Tell unsaved family and friends about the Gospel of Jesus which can save their souls!