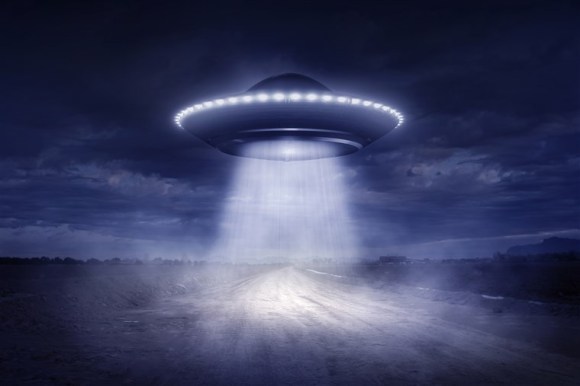 Have you noticed, just in the last year, the many stories about UFO sightings and people being “taken?”  These kind of stories used to be scoffed at and certainly not taken seriously.

I believe that there is a very good reason for this new-found interest and credibility of these stories.  It used to be when we would hear about sightings and people who claim that they were actually taken and then returned to earth; most of us would chuckle and dismiss these people as crackpots.

US Navy confirms UFO videos are the real deal 01:16

Aliens, flying discs and sightings — oh my! A short history of UFOs in America

UFOs are real! Just ask the US Navy.

The US Navy just acknowledged that three clips of declassified military footage released between 2017 and 2018 are actually “unidentified aerial phenomena” —their words, not ours.

The UAPs are just a fraction of the incursions Navy training ranges see, Navy spokesperson Joe Gradisher told CNN. Which, of course, begs the question: Are we actually alone?

The belief in alien encounters has long been a prominent feature of American life. A 1997 poll from CNN/Time on the 50th anniversary of the Roswell incident found that 80% of Americans think the government is hiding knowledge of the existence of extraterrestrial life forms.

There are thousands and thousands of reported UFO sightings, but in light of the US Navy’s recent acknowledgment of UAPs, here’s a look back at some of America’s closest encounters of the third kind.    Read rest of story HERE

UFOs: Where your state ranks for unexplained sightings

The truth is out there. Extraterrestrials are more likely to visit from the North.

That’s one way, anyway, to interpret the results from a new report on the states with the most unidentified flying object sightings per capita. Washington state topped that list, followed in order by Montana, Vermont, Alaska and Maine.

So much for Roswell, New Mexico, or the lonely Nevada desert. New Mexico came in 8th on the list; Nevada, 13th.

Meanwhile, the states with the fewest UFO sightings per capita — Texas, Louisiana, Georgia, Mississippi and Alabama — are all down South.

The list was put together by the analysts and space nerds at internet provider SatelliteInternet.com, which culled data from the National UFO Reporting Center and the U.S. Census, to attract attention in time for World UFO Day on July 2. (Yep, there is such a day.).  read rest of story HERE

Lawmakers want to know: is the truth out there?

In 2004, two Navy pilots near San Diego encountered what they said was a strange aircraft: “whitish” in color, oval in shape, and capable of accelerating “like nothing I’ve ever seen,” one of the pilots would later tell the New York Times.

“I have no idea what I saw,” the pilot said to a colleague afterward.

That alleged encounter was among the incidents examined by a secret Pentagon program investigating unidentified flying objects, which was established in 2007 at the behest of then-Senator Harry Reid and revealed in a bombshell Times report ten years later. The revelation of a $22 million intelligence program aimed at investigating UFOs was stunning enough. But interest among lawmakers has only seemed to grow since the now-shuttered Pentagon program was revealed, suggesting that the possibility of alien encounters is something the United States government is taking seriously.

According to Politico, an increasing number of legislators have been requesting Pentagon briefings on UFOs—a sign, officials told the publication, of “growing congressional interest” in the topic. “There are people coming out of the woodwork,” a government official told the outlet. Three senators, including Mark Warner, the top Democrat on the Intelligence committee, were reportedly briefed on Wednesday about encounters members of the Navy have described with unidentified aircraft. “If naval pilots are running into unexplained interference in the air,” Warner’s spokesperson said, “that’s a safety concern Senator Warner believes we need to get to the bottom of.” Other lawmakers apparently agree: “More requests for briefings are coming in,” an intelligence official told Politico.

What exactly those briefings have consisted of is unclear, but the mounting interest lends those with a belief in, or a curiosity about, the possibility of extraterrestrial life more fuel for speculation. The notion that the government knows more than it’s telling us has often figured into theories about alien life and claims of UFO sightings. Government actions in the last two years, including the briefings and steps by the Navy to formalize UFO reporting processes, would seem to feed into that dynamic.

Of course, none of this necessarily means we’re not alone, and U.S. officials and agencies have avoided putting on the tin-foil hats, casting procedural changes as national security concerns. “For safety and security concerns, the Navy and the [U.S. Air Force] takes these reports very seriously and investigates each and every report,” the Navy told Politico in a statement in April. “As part of this effort, the Navy is updating and formalizing the process by which reports of any such suspected incursions can be made to the cognizant authorities.” Still, the interest suggests that the government views such reports as credible enough to warrant attention. Reid, the retired senator who secured the $22 million in funding for the Pentagon study program, called for congressional hearings into the government’s UFO knowledge as recently as this month. “They would be surprised how the American public would accept it,” Reid said in an interview with Nevada Public Radio. “People from their individual states would accept it.”

Of course, not everybody has been swept up in the growing intrigue. Speaking to George Stephanopoulos in an extended ABC News interview last week, Donald Trump acknowledged having been briefed on the subject, but said he didn’t buy into it. “I want them to think whatever they think,” Trump said of Navy pilots who have reported seeing strange aircraft recently. “I’ve seen and I’ve read and I’ve heard, and I did have one very brief meeting on it. But people are saying they’re seeing UFOs. Do I believe it? Not particularly.” Still, in true Trumpian fashion, he didn’t shut the door on the possibility completely. “We’ll watch it,” he told Stephanopoulos. “You’ll be the first to know.”  source

The Vatican and Lucifer

This image depicts a stellar nursery in the Milky Way about 8,000 light years from Earth. Such clouds are typically opaque to visible light, but infrared light can penetrate them. The Lucifer instrument helps telescopes see that light. The E and N signify east and north.Anna Pasquali/via University of Arizona

A new instrument with an evil-sounding name is helping scientists see how stars are born. Lucifer, which stands for (deep breath) “Large Binocular Telescope Near-infrared Utility with Camera and Integral Field Unit for Extragalactic Research,” is a chilled instrument attached to a telescope in Arizona. And yes, it’s named for the Devil, whose name itself means “morning star.” But it wasn’t meant to evoke him, according to a spokesman for the University of Arizona, where it is housed.

The instrument is chilled to -213 Celsius, about -351 F, to allow for near-infrared observations. That wavelength is important for understanding star and planet formation, as well as observing very distant and very young galaxies. Lucifer has three interchangeable cameras for imaging and spectroscopy in different resolutions. It has a large field of view and high-res capabilities, which allow a wide range of observations.

Lucifer is part of the Large Binocular Telescope, which happens to be right next to the Vatican Observatory on Mt. Graham in Tucson. That’s right, the Vatican has an observatory in Arizona, manned by Jesuit astronomers. Now its next-door neighbor is named for the Devil.  Read rest of article HERE

Read about the Vatican Observatory in Arizona, and how it is entrusted to the JESUITS  HERE

Brethren, I’m quite certain that you did not miss the attempt at humor and sarcasm in these articles.  And the sarcasm is NOT in reference to the belief in extra-terrestrial life.  It was directed at Christians and Conservatives.

“And yes, it’s named for the Devil, whose name itself means “morning star.” But it wasn’t meant to evoke him, according to a spokesman for the University of Arizona, where it is housed.”

“Lucifer is part of the Large Binocular Telescope, which happens to be right next to the Vatican Observatory on Mt. Graham in Tucson. That’s right, the Vatican has an observatory in Arizona, manned by Jesuit astronomers. Now its next-door neighbor is named for the Devil.”

Many of the scientists working with giant telescopes believe there is “life” in outer space. But they just will NOT even entertain the thought that the Universe was created by GOD, who is also “Father God” to born again believers.

The article from Vanity Fair began with:

“Is the Truth out there?”

How sad that they are looking for TRUTH in outer space!  We know that TRUTH is found in Jesus Christ our Lord.  And by the way – He created everything in the Universe!

And the One who created everything is also the TRUTH:

Why I believe that our disappearance in the Rapture will be explained away by scientists and the United Nations:

Conservative Christians as a whole, have not been deceived by the “Climate Change” crowd.  We know from reading about the earth that our planet goes through changes in temperature and it is not a man-made phenomenon.

Nonetheless, we are hated for not jumping onto the Climate Change bandwagon. We didn’t even blink when Greta Thunberg scolded those who do not agree about Climate Change with her “HOW DARE YOU!”

We also know that Climate Change is a ruse to take over the economies of the world, and eventually their governments.

Can you say ONE WORLD GOVERNMENT?

And we must NEVER forget that Satan is capable of signs and wonders:

“Even him, whose coming is after the working of Satan with all power and signs and lying wonders” (2 Thessalonians 2:9).

So brethren, is it so hard to believe that the U.N. will one day say this:

“Though the world is in shock at the disappearance of millions of people, take heart – because we believe that intelligent life in outer space knew that these individuals had to be removed from planet earth for our own safety. Now those who are left will comply with the regulations set forth for all nations to deal with Climate Change.”

Is that so farfetched?  I think not.

7 thoughts on “After the Rapture: Authorities Will Say That We Were Taken by Extraterrestrials”