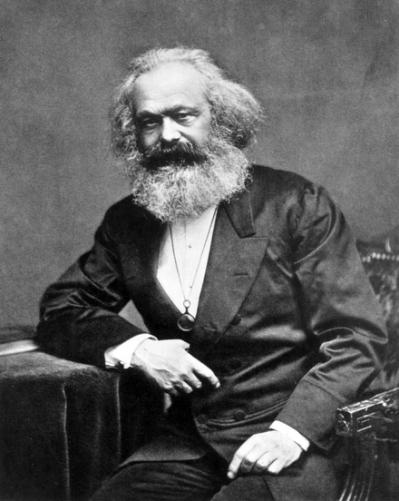 Last night, my husband and I watched an incredible movie about the life of Pastor Richard Wurmbrand, a faithful Romanian Christian who spent 14 years in a Romanian Communist prison. The movie was taken from the book “Tortured for Christ” written by Pastor Wurmbrand. He was tortured beyond imagination. Many pastors and priests were tortured for Christ in Romania, after the Russian invasion.

Communism Will NOT Tolerate Christianity

I encourage the reader to watch “Tortured for Christ.” The Remnant of believers in America have not known such horrific cruelty.  But I do believe that if our Constitutional Republic is ever overthrown, and Communism takes its place, then true believers will be subjected to torture and told to renounce their faith in Christ.

The late Reverend Richard Wurmbrand spent 14 years as a prisoner of the Communist government in Romania , where he was persecuted for his faith in Jesus Christ. His experience led him to spend further years researching Karl Marx and the Communist doctrines he developed.

While Communism portrays itself as a noble endeavor for the good of mankind, and claims an Atheistic view, Wurmbrand exposes its true roots, revealing that Karl Marx and the fathers of the modern Communist/Socialist movements were inspired by the powers of darkness.

“Was Marx a Satanist?”

This book was written by Richard Wurmbrand, a faithful Romanian Christian who spent eight years in a Communist prison for sharing the Gospel and refusing to deny his Lord. His best known book is Tortured for Christ, his testimony of God’s triumph in the midst of Communist persecution.

First, some background information about the uncompromising faithfulness of Pastor Wurmbrand from Voice of the Martyrs:

“Two months after the Communist ‘People’s Republic of Romania’ was established, Pastor Richard Wurmbrand was arrested. Labeled ‘Prisoner Number 1,’ he was locked in a solitary cell, where he endured horrendous torture at the hands of the brutal secret police. More than eight years later, ‘a doctor masquerading as a Communist Party member discovered Richard alive.’ Released in 1956, he ‘resumed his work with the ‘underground’ churches….He was re-arrested in 1959 through the conspiracy of an associate, and sentenced to 25 years… accused of preaching ideas contrary to Communist doctrine.”

“In 1967, Richard and Sabrina Wurmbrand founded a ministry that would serve the persecuted church. Its name was eventually changed to Voice of the Martyrs. By the mid-1980s, it was reaching out to “80 restricted nations with offices in 30 countries around the world.” His book, Tortured for Christ, became a source of encouragement among the persecuted throughout the Soviet system.”

Richard Wurmbrand’s book about Karl Marx (1818 – 1883), a German “revolutionary socialist,” begins with a rebuttal to this misconception: that Marx himself was a compassionate visionary who truly cared for the poor. In reality, both Marx and Engels grew up in wealthy families, far removed from the life of poverty. Together they pursued an anti-Christian utopia that — from the beginning — focused on political power, not on meeting the needs of the poor. Like today’s seductive vision of change, their socialist/communist transformation required a “crisis” and a “purpose” that would capture public attention and provide the needed momentum.

“Running left-wing movements has always been the prerogative of spoiled rich kids. This pattern goes all the way back to the days when an over-indulged and affluent young man named Karl Marx combined with another over-indulged youth from a wealthy family named Friedrich Engels to create the Communist ideology.

“The phoniness of the claim to be a movement of the working class was blatant from the beginning. When Engels was elected as a delegate to the Communist League in 1847, in his own words, ‘a working man was proposed for appearances sake, but those who proposed him voted for me.’ It may have been the first rigged ‘election’ of the Communist movement but it was certainly not the last…. The anointed have always wanted to create their own kind of people, as well as their own kind of society.”[13]

Next, ponder the following excerpts from “Was Marx a Satanist?” Notice that Karl Marx was introduced early to Christianity. In his youth, he even appeared to be a devout Christian. But his views had radically changed soon after he finished the German high school.  (emphasis added)

Karl Marx was born into a Jewish family. His father wanted to shield the family from anti-Semitism – so they became Protestant Christians (Lutherans). Whether Marx’s family truly believed in Yeshua and the Gospel is unknown; but they did attend church and Karl seemed to be enthrolled about his new religion.  His father, whose name was Herschel changed it to Heimlich.

Excerpts from “Was Marx a Satanist?”

***Don’t forget, brethren, that this was written before the fall of the USSR.

Today one third of the world is Marxist. Marxism in one form or another is embraced by many in Capitalist countries, too. There are even Christians, yes, and clergymen, some of high standing, who are sure that while Jesus might have had the right answers about how to get to heaven, Marx had the right answers about how to help the hungry, destitute, and oppressed on earth.

“Marx, it is said, was deeply humane. He was dominated by one idea: how to help the exploited masses. What impoverishes them, he maintained, is capitalism. Once this rotten system is overthrown, after a transitional period of dictatorship of the proletariat, a society will emerge in which everyone will work according to his abilities in factories and farms belonging to the collective, and will be rewarded according to his needs. There will be… no wars, no revolutions, only an everlasting, universal brotherhood…. [p.5]

“Marx writes: “The abolition of religion as the illusory happiness of man is a requisite for their real happiness. The call to abandon their illusions about their conditions is a call to abandon a condition which requires illusion….”[p.6]

“Marx was anti-religious because religion obstructs the fulfillment of the Communist ideal which he considers the only answer to the world’s problems.”[p 6]

“…a new Marx began to emerge. He writes in a poem, “I wish to avenge myself against the One who rules above.”[p.7] So he was convinced that there is One above who rules….

Marx belonged to a relatively well-to-do family. He had not hungered in his childhood. He was much better off than many fellow students. What produced this terrible hatred against God? No personal motive is known. …why should he have written these lines in his poem “Invocation of One in Despair?” [p.9]

So a god has snatched from me my all In the curse and rack of destiny.
All his worlds are gone beyond recall! Nothing but revenge is left to me!

I shall build my throne high overhead, Cold, tremendous shall its summit be. For its bulwark — superstitious dread. For its Marshall — blackest agony.[p.8]

The words “I shall build my throne high overhead” and the confession that from the one sitting on this throne will emanate only dread and agony, remind us of Lucifer’s proud boast: ‘I will ascend into heaven, I will exalt my throne above the stars of God.” (Isaiah 14:13)

But why does Marx wish such a throne? The answer is found in a little-known drama which he also composed during his student years. It is called Oulanem. To explain this title a digression is needed.[p.9]

We will be able to understand the drama Oulanem only in the light of a strange confession which Marx made in a poem called The Player, later down-played by both himself and his followers:

The hellish vapors rise and fill the brain,

Till I go mad and my heart is utterly changed.

See this sword? The prince of darkness sold it to me. –

For me beats the time and gives the signs.

Ever more boldly I play the dance of death.[p.12]

And they are also Oulanem, Oulanem.
The name rings forth like death, rings forth Until it dies away in a wretched crawl.
Stop, I’ve got it now! It rises from my soul….

Yet I have power within my youthful arms
To clench and crush you [i.e., personified humanity] with tempestuous force, While for us both the abyss yawns in darkness.
You will sink down and I shall follow laughing,
Whispering in your ears, “Descend, come with me, friend.” [p.12]

The Bible which Marx had studied in his high school years… says that the devil will be bound by an angel and cast into the bottomless pit (abyssos in Greek: see Revelation 20:3). Marx wishes to draw the whole of mankind into this pit reserved for the devil and his angels….[pp.12-13]

Marx had loved the words of Mephistopheles in Faust, “Everything in existence is worth being destroyed.” Everything — including the proletariat and the comrades. Marx quoted these words…. Stalin acted on them and destroyed even his own family. [p.13]

The Satanist sect is not materialistic. It believes in eternal life. Oulanem, the person for whom Marx speaks, does not contest eternal life. He asserts it, but as a life of hate magnified to its extreme. It is worth noting that eternity for the devils means ‘torment.” Thus Jesus was reproached by the demons: “Art you come hither to torment us before our time?” (Matthew 8:29)….

Listen to the end of Oulanem:

If there is a Something which devours,
I’ll leap within it, though I bring the world to ruins— The world which bulks between me and the abyss
I will smash to pieces with my enduring curses….

In Oulanem Marx does what the devil does: he consigns the entire human race to damnation. Oulanem is probably the only drama in the world in which all the characters are aware of their own corruption, which they flaunt and celebrate with conviction. In this drama there is no black and white… All are satanic, corrupt, and doomed.[p.15]

When he wrote these things, Marx… was eighteen. His life’s program had already been established. There was no word about serving mankind, the proletariat, or socialism. He wished to bring the world to ruin. He wished to build for himself a throne whose bulwark should be human shudder.[p.16].  source

Brethren, I believe that Karl Marx was possessed by the evilest of evil spirits; perhaps Satan’s highest ranking demon. The words this man penned make me shudder to read them.

I agree with Richard Wurmbrand.  Karl Marx was a Satanist.  I also believe that the majority of those who are scheming to bring Marxism to America – these too are possessed.

Pray pray pray!  And after we pray, we must trust our Father in heaven.

He is in full control.

4 thoughts on “Was Karl Marx a SATANIST?”

Leave a Reply to Child Of God Cancel reply