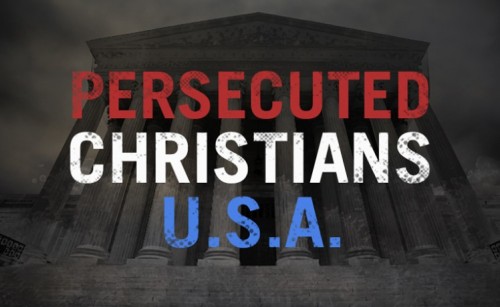 Brethren, do you still think that major persecution will not come to American Christians?

I’ve been sounding the alarm for over two years.  For some reason, Christians in America think that we are safe.  Do you know that if the Left takes back  the White House, the very first thing that Pelosi has promised to do is to push through the Equality Act.  Once this is part of our Constitution, true Christians (the Remnant) will have to hide, and will most likely be incarcerated.

‘Censorship should terrify every American’

YouTube denied an ad from a faith-based veterans charity over the keyword “Christian,” the charity’s founder said — and he said when he tried the same ad using the keyword “Muslim,” the ad raised no red flags with the Google-owned video giant.

Chad Robichaux — founder of the Mighty Oaks Foundation and a U.S. Marine — on Tuesday tweeted about what he said occurred and offered a screenshot of “Christian” deemed “unacceptable content as keyword”: 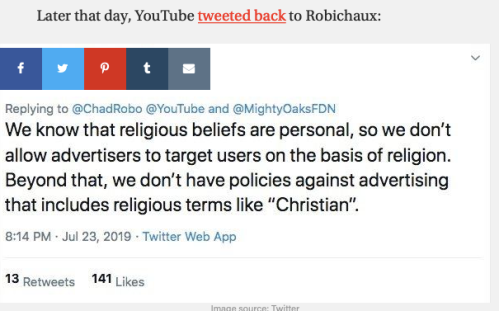 What else did Robichaux say?

“This is the first time we’d seen this,” Robichaux told Faithwire. “We called the [Google] helpline and they said that Google’s new criteria prohibited that word, ‘Christian.'”

He added to the outlet that his marketing team tried to publish the ad Saturday for an episode of the “Mighty Oaks Show,” which often features interviews with veterans and contains content specifically for the veteran community.

“How do we reach the people we’re called to reach? We’re not a political organization; we’re a ministry that’s called to serve the brokenhearted, and that’s what we’re trying to do,” Robichaux also told Faithwire. “How do we operate as a Christian organization if we can’t use the word ‘Christian?'”

What did Google have to say?

Google on Wednesday afternoon didn’t immediately respond to TheBlaze’s request for comment on the matter.

Here’s Robichaux talking to TheBlazeTV about the everyday struggles of veterans and active-duty military members:

Brethren, persecution on a grand scale is coming to Christians in the West.  It’s not a ‘maybe’ – it’s a ‘when.’

We MUST be ready for this!   If the Dems take the White House in 2020, we will have to go underground to worship.

Be ready – read your Bibles and memorize all the Scripture you can.  Share the Gospel of Jesus Christ with all unsaved friends and family.

9 thoughts on “Youtube Ad Denied For Using One Word: “CHRISTIAN” But MUSLIM is Acceptable”