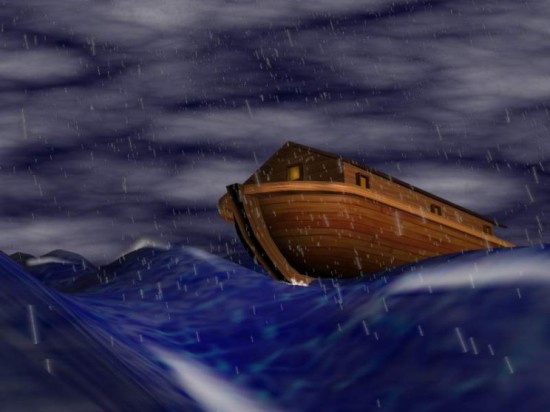 “Then the Lord saw that the wickedness of man was great in the earth, and that every intent of the thoughts of his heart was only evil continually.  And the Lord was sorry that He had made man on the earth, and He was grieved in His heart.  So the Lord said, “I will destroy man whom I have created from the face of the earth, both man and beast, creeping thing and birds of the air, for I am sorry that I have made them.”  But Noah found grace in the eyes of the Lord” (Genesis 6:5-8). (emphasis added)

As my readers are aware, I really love gotquestions.org.  I have yet to find any topic from the Word covered by gotquestions with which I disagree.

What was it Like in the Days of Noah? (from gotquestions.org)

***I encourage the reader to click on the Scriptures in light blue – Although the commentary is good – God’s Word is most important.

Answer: The biblical account of Noah begins in Genesis 6. Approximately 1,600 years had passed since the creation of Adam and Eve (Genesis 1:26–27). As the earth’s population exploded in number, it also exploded with evil. Long forgotten was the righteous sacrifice of Abel (Genesis 4:4) as “the Lord saw that the wickedness of man was great in the earth, and that every intention of the thoughts of his heart was only evil continually” (Genesis 6:5). Verses 11 and 12 say, “Now the earth was corrupt in God’s sight, and the earth was filled with violence. And God saw the earth, and behold, it was corrupt, for all flesh had corrupted their way on the earth.” However, “Noah found favor in the eyes of the Lord” (verse 8).

When Jesus described the events that will surround His second coming, He said, “Just as it was in the days of Noah, so will it be in the days of the Son of Man. They were eating and drinking and marrying and being given in marriage, until the day when Noah entered the ark, and the flood came and destroyed them all” (Luke 17:26–27). Jesus was pointing out that, although the people of Noah’s day were totally depraved, they were not the least bit concerned about it. They were carrying on the events of their lives without a single thought of the judgment of God. Noah is described as “a preacher of righteousness” (2 Peter 2:5), meaning he had spent years warning his friends and neighbors what the Holy God was about to do. No one listened.

The depravity and ungodly lifestyles of the entire world at that time were enough to cause the Lord to “regret that He had made man” (Genesis 6:6). Many scholars believe that part of the need to destroy every human being except Noah and his family was the sin mentioned in Genesis 6:1–4, when “the Nephilim were on the earth in those days, and also afterward, when the sons of God came in to the daughters of men, and they bore children to them.” As evil reproduced and overtook the world, the most merciful act God could perform was to start over.

It is interesting that God allowed Noah nearly one hundred years to complete the building of the ark. Through all that time, God patiently waited (1 Peter 3:20).

Jesus said that the world will be much the same before He returns to set up His earthly kingdom (Matthew 25:31–33). He warned us to “be ready, because the Son of Man will come at an hour when you do not expect him.” Second Timothy 3:1–4 gives us a clear picture of the state of the world before Jesus comes and most likely also describes the world in the days of Noah. That verse says, “But mark this: There will be terrible times in the last days. People will be lovers of themselves, lovers of money, boastful, proud, abusive, disobedient to their parents, ungrateful, unholy, without love, unforgiving, slanderous, without self-control, brutal, not lovers of the good, treacherous, rash, conceited, lovers of pleasure rather than lovers of God.” It is becoming increasingly obvious that, to understand what the world was like in the days of Noah, we only need to watch the evening news.  source

“But understand this, that in the last days there will come times of difficulty.  For people will be lovers of self, lovers of money, proud, arrogant, abusive, disobedient to their parents, ungrateful, unholy, heartless, unappeasable, slanderous, without self-control, brutal, not loving good,  treacherous, reckless, swollen with conceit, lovers of pleasure rather than lovers of God”  (2 Timothy 3:1-4).  (emphasis added)

Does this not describe what we see happening on the earth today?

Jesus said that the world will be much the same before He returns to set up His earthly kingdom (Matthew 25:31–33). He warned us to “be ready, because the Son of Man will come at an hour when you do not expect him.” Second Timothy 3:1–4 gives us a clear picture of the state of the world before Jesus comes and most likely also describes the world in the days of Noah.

I find it so interesting that the Word of God speaks of the “fullness of the Gentiles” entering the Kingdom of God:

“Lest you be wise in your own sight, I do not want you to be unaware of this mystery, brothers: a partial hardening has come upon Israel, until the fullness of the Gentiles has come in.  And in this way all Israel will be saved, as it is written,

“The Deliverer will come from Zion,
he will banish ungodliness from Jacob”;
“and this will be my covenant with them
when I take away their sins”  (Romans 11:25-27).

The Lord says to Abraham:

“And in your offspring shall all the nations of the earth be blessed, because you have obeyed my voice”   (Genesis 22:18).  (emphasis added)

Grace was given to Noah and his family by God. Grace was offered from that wretched Cross on Calvary upon which our King – our Savior Jesus bled and died to pay the penalty for all sin to those who would repent and believe.

GRACE is Unmerited Favor from our Holy God

The definitions of Grace

I believe that this speaks volumes about the times in which we live, and I had to include this in this piece.

Here is a current or “progressive” definition of the word Grace:

1. Simple elegance or refinement of movement.

“She moved through the water with effortless grace.”

“At least she had the grace to admit her debt to him.”

Here is the older definition of Grace from Merriam-Webster:

1. Unmerited divine assistance given to humans for their regeneration and sanctification.

2. A virtue coming from God

3. A state of sanctification enjoyed through divine assistance

Brethren, sometimes it’s hard to believe that the people who ignored the Ark being built by Noah, were as evil as we see society is today.  But the Word tells us that they only had thoughts  of evil continually.

The Evil that pervades the earth is not subtle. It seems demonic to me. Satan is raging because he knows that his days are numbered. The heartless doctors who slaughter full term babies for money; the blatant hatred that most of the world holds in their hearts for the Jewish people and for Christians;  the persecution which is coming to those of us who believe the Word of God, and refuse to condone homosexuality, transgenderism and gay marriage. These are all signs of the times.

I want to pray always for the lost, but I must admit to the reader that some days I just don’t know the words I should speak in my prayers. I know that God is able to do anything, but I wonder if most of the unsaved have been given over by God to their reprobate minds.   But I still pray as best I can.

I hope it’s not much longer, brethren, when we will be with our Savior and never be apart from Him again.