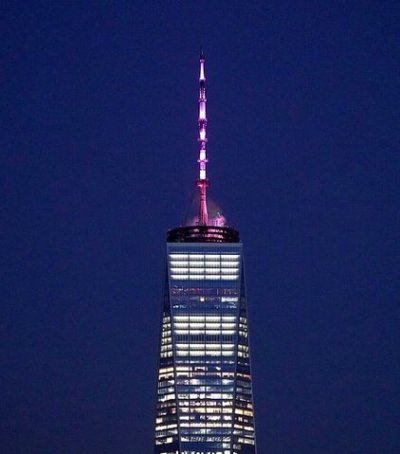 More Demonic Activity and it is only going to increase

When our boys were born, both of them had to be rushed to NICU because they had swallowed amniotic fluid.  I remember the nurses wheeling me down to see them. One was born in 1980 and the other in 1985.

In the NICU I saw tiny babies who had been born very early. Most of these preemies grew and flourished, and their anxious parents could finally take them home.

But now, thanks to the demonic powers within so many Leftist monsters – while the tiny babies are being kept alive in the incubators; a couple of rooms over there will be full term babies being murdered. YES, I said Murdered.

Will the killer stab the spinal cord or will they strangle the child? Or perhaps they will place the babies in a dark room and leave them without water or milk; probably with no covers, and finally that child will slip away.

What is Partial Birth Abortion?

Partial-Birth Abortion is a  procedure in which the abortionist pulls a living baby feet-first out of the womb and into the birth canal (vagina). except for the head, which the abortionist purposely keeps lodged just inside the cervix (the opening to the womb). The abortionist punctures the base of the baby’s skull with a surgical instrument, such as a long surgical scissors or a pointed hollow metal tube called a trochar. He then inserts a catheter (tube) into the wound, and removes the baby’s brain with a powerful suction machine. This cause the skull to collapse, after which the abortionist completes the delivery of the now-dead baby.   source

Can you imagine the HORROR that the baby experiences and the excruciating PAIN?

But now, with the new laws governing abortion in NY – perhaps they will just murder the child when he/she is born. They used the partial birth method because they could say that the baby was already dead before he came out. Now they arrogantly say that murdering a live baby is perfectly fine.

This is the Gov. Mario Cuomo Bridge the other night to celebrate the slaughter of fully grown babies: 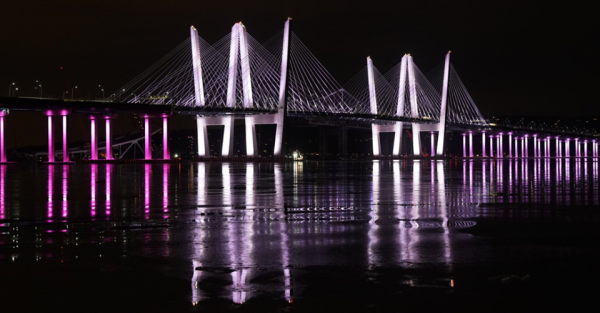 The One World Trade Center was lit up pink Tuesday night to celebrate the passage of a bill by the New York state legislature that legalizes abortion through the ninth month of pregnancy while rolling back protections for babies born alive after a botched abortion.

The “Reproductive Health Act,” which New York Governor Andrew Cuomo demanded be passed before he’d agree to sign the state’s budget in April, relaxes the state’s already-permissive abortion laws to allow abortions past the 24 week of pregnancy – the current limit in New York – while also allowing non-doctors to perform abortions. The bill passed 38-24 through the Democrat-led state legislature and was met with thunderous applause from both lawmakers and those in the gallery.  source

Did you know that one of the changes in this heinous abortion bill is that abortions can be performed by people who are NOT doctors?   It’s true.

And let me ask the obvious question here:  Wasn’t one of the major arguments of the pro-death people was that women would not have to go to back alley abortionists?  And now they have stated in the new bill that anyone can perform an abortion?

I’ll state the obvious here:  These people are demon possessed and the killing of the babies is ritualistic. The aborted babies are an offering to Satan himself.

This is what Jesus will find on this earth in his Second Coming. THIS will finally be judged and cleansed from this earth when our Savior comes to Rule and Reign upon this earth.

If you have had an abortion and you are tormented by it – there is forgiveness at the Cross of Christ. YOU are the second victim of abortion which the pro-death crowd never acknowledges.

Please read this article if you are one of the “second” victims: