The professional advice from this retired top Psychiatrist from Johns Hopkins was so compelling, that the hospital ceased doing anymore sex reassignment surgeries. 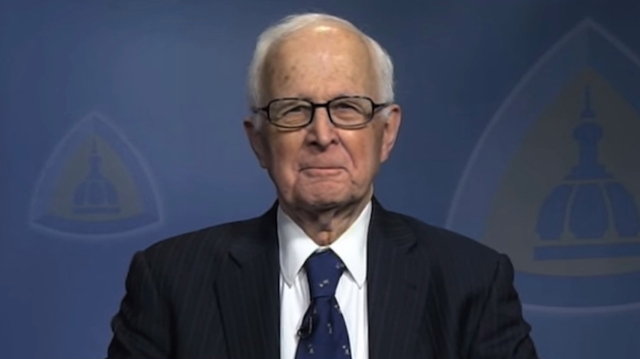 Our Left Wing government is attempting to push transgenderism down our throats; making those of us who do not accept this aberrant behavior as normal, ‘transgenderphobes.’ Now, a top psychiatrist from Johns Hopkins is telling us the truth about what he terms is a mental disorder.

Dr. Paul R. McHugh, the former psychiatrist-in-chief for Johns Hopkins Hospital and its current Distinguished Service Professor of Psychiatry, said that transgenderism is a “mental disorder” that merits treatment, that sex change is “biologically impossible,” and that people who promote sexual reassignment surgery are collaborating with and promoting a mental disorder.

Dr. McHugh, the author of six books and at least 125 peer-reviewed medical articles, made his remarks in a recent commentary in the Wall Street Journal, where he explained that transgender surgery is not the solution for people who suffer a “disorder of ‘assumption’” – the notion that their maleness or…