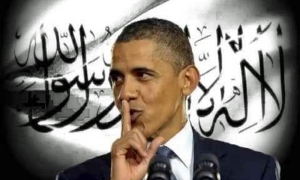 Think back to the so-called Arab Spring. The mainstream media had the masses believing that the thousands of anti-Mubarak rioters just spontaneously appeared in the streets of Cairo, Egypt.

The truth is that Barack Obama and his minions (CIA and the State Department) were playing “Destabilization/ Regime change”  — a game this president loves to play, especially in the Middle East. Do you remember BHO saying “Mubarak must go?”  It isn’t often that we see this kind of passion coming from our fuhrer. Although, lately his body language and tone is disturbingly Hitleresque – wouldn’t you say?

Please understand that when an event of this magnitude occurs – it is organized and well funded. Many millions of dollars have surprisingly (I jest) gone missing since this president took his throne.  I believe that the missing money is not missing at all. It is neatly put away for events such as happened in Egypt. It’s not cheap to facilitate the overthrow of governments!

WHAT WAS THE ARAB SPRING REALLY ABOUT?

First you must understand that Barack Obama is a Muslim. As a matter of fact, he is a member of the Muslim Brotherhood (MB) — the behind the scenes leader of all Islamic terrorist organizations.  I can’t count the number of times this president has entertained the MB in the White House.

His good friend, Mohamed Morsi, was the head of the MB. Did people think BHO was scolding them in these meetings?  He was collaborating with them and scheming about destabilizing the secular governments in the Middle East, and replacing these governments with Islamic fundamentalist ones (Muslim Brotherhood).  America was on the agenda as well, but that would come later. Think “forced migration of so-called Syrian refugees.”  But I digress…..

When Mubarak finally stepped down, the Egyptian military decided to have democratic elections.  Morsi assured the world that he would only be available as an advisor in the political process – that he had no intentions of running for office.

Well, as good fundamentalist Muslims do, Morsi used taqiyya (permissible lying to promote sharia law) and he ran for office, and he won. It took less than a year for the Egyptian people to see what this man was really about, and he was ousted by the military and thrown in jail. I’m certain that Obama was devastated. His best buddy and his plan for Egypt – down the drain.  To this day, the Muslim Brotherhood is outlawed in Egypt. There are hundreds of these men incarcerated for life.

“Foolish Western observers who lauded the “great revolutions” sweeping the Middle East have displayed profound ignorance, failing to comprehend that the region is woefully unprepared for democracy. In this respect, the downfall of brutal tyrants – a pleasing development in and of itself – is worthless if followed by greater evils.”  – source

That quote from ynetnews.com is probably the most astute assessment of the “Arab Spring” I have ever read.  The America people by and large, believe what they are fed by the liberal media.  They did not understand that the take down of tyrants is only a good thing if there is a plan intact for what happens next. In the case of the Middle Eastern countries involved in the Arab Spring – the plan was for militant Islamic terrorists to slip into the vacant seats.

COMPLETELY PULLING OUT OF IRAQ LEFT A DANGEROUS VACUUM

Once again, this was calculated and well planned. Obama knew what the outcome would be if he suddenly pulled all troops out of Iraq.  Any leader knows that one must maintain a presence, and slowly withdraw troops. Obama is famous for telling our enemies his plans. Iraq had become a breeding ground for Islamic terrorist groups. How happy they must have been when BHO gave them the evacuation date!

We kept hearing and reading about “rebel forces” attempting to oust Assad in Syria.  Most western journalists would write about these rebels as if they were heroes in dire need of our support.   Bashar al-Assad was accused of using chemical weapons on his own people. I for one believe that these weapons were used by the rebels, but the narrative being pushed by Obama was that Assad was the perpetrator of this unthinkable act.

And so began the training and arming of the Syrian rebels by the U.S.  I remember getting a sick feeling in my stomach when I heard this – I knew that there was much more to the story than was being divulged.  These rebels were mercenaries. They were paid to fight.

The plan seemed to be coming together as far as BHO was concerned. He was arming Islamic fundamentalists in Syria. Once Iraq was secured by the terrorist groups – going to Syria where America was not only supplying weapons to the rebels, but training them as well, was a no brainer.  And the rest is history.  These so-called rebels became ISIS – the Islamic State of Iraq and Syria. The Obama administration gave birth to ISIS and continues to fund and arm them.  Is it clear now to you why BHO has no real plan to destroy them?

EVEN PUTIN GETS IT

ALL OF THIS IS IN THE HAND OF GOD

Although Obama thinks himself clever, he has no idea that he is just part of the prophetic will of God. He sees himself as one who is changing the world. He is a Muslim, therefore he wants to see sharia law in every nation of the world.  He is now forcing so-called Syrian refugees into the U.S., even when the majority of States are saying no to him. He is threatening these states. That’s what tyrants do.

And yet the left still support this man. I am convinced that the Strong Delusion spoken of in God’s Word has happened.  The evil that has gripped the entire world is covered in the fingerprints of Satan. His time is short and evil is increasing at an alarming rate.

Our job now as believers is to boldly share the Gospel of Christ. We are battling spiritual forces of darkness. We see ISIS as the number one enemy. ISIS is filled with demonic spirits. Our president is demonically possessed as well. Satan is our enemy.

Share the Gospel. Pray for discernment and for boldness. The Bible tells us to fear not. We are the blessed ones. Pray for those who have rejected Christ. I have read that in the Middle East (the press would not report on this) that MANY Muslims have left that demonic religion, and have turned to Jesus for their Salvation!

You see brethren, we can’t know what God is doing behind the scenes, but we do know that He loves the people of this world, and wants none to perish.